THE TWO DEATHS OF DANIEL HAYES

Marcus Sakey. Not too many years ago this author took a leap of faith and sat down to write his first novel , THE BLADE ITSELF. One of the last decade's most well received debuts, Sakey immediately found a place on the shelves of Crime Fiction fans. Well crafted thriller plots set with the back-drop of his hometown, Chicago and the soul of the traditional mystery have quickly expanded this writer's fan base.

This weekend he'll be debuting his new novel at Printer's Row in Chicago. If you're in the area and don't have plans stop by the main stage and pick up a copy. There's a rumor he's buying the beer. Do you live elsewhere? Put this book on your list.

None other than Lee Child declares Marcus Sakey to be one of the "New Voices quickly becoming an old favorite." Michael Connelly declares the book to be, " A tight, intuitive and terriffic read"

With a drop date of June 9, Sakey is about to expand his audience. THE TWO DEATHS OF DANIEL HAYES opens on a beach in Maine. Our Protagonist doesn't remember why he's there or who he is. He's naked and close to freezing. The first clues to his identity are a car and a gun.

Inexplicably drawn to L.A. ,the man heads to California with the police on his tail. The trouble is just beginning. Who is this man with no memory? Will he have a chance to answer the question of why he was on that beach to begin with before he loses his freedom?

Sakey parses out snippets of this story as bits of memory return to his hero's past. It is a story of one man and an all to public personal life. The story of a marriage that reached for the stars. Did it crash to earth? Are we reading into the mind of a killer or the heart of a victim?

Every note of cadence in this novel is hard rock, the sound that reverberates to the reader drawn out like a Slash solo. There is no good place to stop for a breath during this read. That is a testament to story.

On a cold day in January I sat down to Sakey's latest, THE TWO DEATHS OF DANIEL HAYES and I had a moment. This is a young writer who owns his words, every one of them. Kudos Mr. Sakey, your dream has arrived and readers everywhere will be better for it. 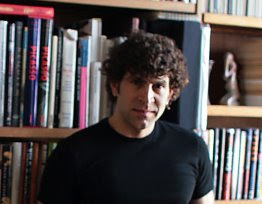 For the next few weeks, I'll be highlighting some of this summer's books. I need to begin with a disclaimer. The books I'll be talking about are books that I have enjoyed, books that have made me marvel at the author's talent. The wonder of Crimespree is that there really are too many books in the sense that I haven't read nearly everything I intend to read this summer. Forgive me if I come late to the party on a few. I also have a huge advantage over the average reader in that I am gifted of many books. My book budget is nicely supplemented by kind hearted publishers who hope to gain exposure for their product in our Magazine. So once again, I'll suggest that anyone who read's this blog or any "best of"list use it as a guideline and not an absolute. A trip to a well stocked bookstore, just you and the flap copy is always the best way to find the perfect fit between you and a book.
Posted by ruth the crimespree gal at 6:16 AM

In sort it is really cool and entertaining reading of your blog post. Thanks for this brilliant sharing.