Crimespree Cinema week in review for 02/25

Here is a look at the last week at Crimespree Cinema.

James Ellroy's The Night Watchman might yet make to the big screen.

Season One of Lovejoy coming to DVD on June 19th.

Details of the film plans for Charlie Houston's Already Dead.

Jon tells us all about Mission Impossible: Sesason One.
Posted by MysterLynch at 8:32 AM No comments: 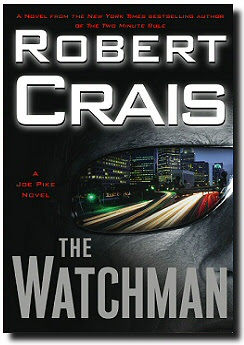 Robert Crais has a new book out in 7 days. The Watchman is the first book to star Joe Pike from the Elvis Cole series and it's an ass kicker. I finished it in two sittings, around 4:30 in the morning causing a lovely book hangover the next day at work.

Pike asked someone a favor a couple of books ago, and now it's time to pay back the favor, keep watch over a spoiled rich girl who saw something she shouldn't have. So Pike does what he does best and sets out to keep the girl safe. With a bit of help from Elvis he's also trying to find out exactly who wants her dead.

It's a great book.

Robert Crais will be on tour for the new book and you can check out where here:
Robert Crais The Watchman Tour

Get the book, and go see Mr. Crais! 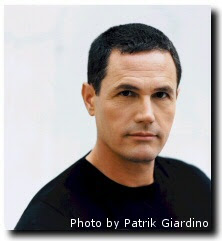 Crimespree Cinema week in review for 02/17

Hope everyone's weekend is going swell.
Here is a look at the past week at Crimespree Cinema.

Aaron Eckhart is announced as Harvey Dent a.k.a. Two-Face for forthcoming Batman movie.

Fox/MGM announced the release date the next wave of remastered Bond DVDs.

Rian Johnson's The Brothers Bloom continues to fill out it's cast with amazing talent.

Jon gives his take on Haven...of course you can also get this by looking at the post right below this one here on the Central Crime Zone...but should you feel the desire to click again, here is the link to it at Crimespree Cinema.

A look at the DVDs released on Tuesday the 12th.

I review the two-disc release of The Departed.

Jeremy
Posted by MysterLynch at 5:36 PM No comments:

I loved Crash, so when I saw that this is from the same team I was already interested. Add Orlando BloomBill Paxton and Anthony Mackie to the mix and I was ready to go.

It's a Romeo and Juliet story set in the Caymen Islands and it's a wonderful version of a timeless tale. It also has all the elements of a great thriller with plot twists and unexpexted turns..

Paxton is always good, and he was amazing here. I also think Orlando Bloom is really underrated as this peroemance may be one of his best.

my weekend with the Chicago boys

Marcus Sakey and Sean Chercover are out doing the tour thing for their first books.
This past weekend they used our home as a base of operations for the Wisconsin portion of their mission to sell all their books. Friday night at Mystery One in Milwaukee, Saturday morning at a library gig in Muskego, and Saturday afternoon in Madison at Booked For Murder. I got to see the two of them in action three times. They work well together and all three times the crowds seemed to have fun, and they bought books.

I also learnd that Marcus takes his poker seriously, Sean not as much. Though Sean won...
Also Trivial pusuit games can last way to late into sunday morning....

Both Sean and Marcus are wonderful guests, and wonderful authors. SO if you can't house them, at least read their books!
Posted by Jon The Crime Spree Guy at 11:56 PM No comments:

After a ridiculous amount of time (Thank goodness for coffee) , a couple of major screw-ups, the Crimespree DVD calendar is online. The Calendar will be updated weekly with any info I get. There is a link, on the lower right side of the Crimespree Cinema site.
Note: Not all of the dates are hard, some are still tentative, and are subject to change.

As always, input is welcome.

Jeremy
Posted by MysterLynch at 5:31 PM No comments:

KEWASKUM, Wis. - Police Chief Richard Knoebel says he wasn't about to take the easy way out when he accidentally drove past a stopped school bus with its emergency lights flashing.
For violating traffic laws, Knoebel wrote himself a ticket for $235, docked himself four points on his driving record and paid the fine the next day.

It happened in September but didn't make news until after the fine appeared in court records and was reported by a West Bend newspaper.

Knoebel says he doesn't mind getting the belated attention, if it serves to raise awareness.
"If it brings notice to people that they should be stopping for school buses, I don't mind the notoriety," he said.

He said he was on patrol on four-lane U.S. 45 when he was distracted by a stopped dump truck. He saw a car coming from behind and thought it might hit the truck, so he moved to pass the truck before he saw the stopped school bus in the far lane.

He said he didn't realize he had passed the bus until it was too late.

Ten bucks says this guy gets elected to something.
Jeremy
Posted by MysterLynch at 6:39 PM No comments: