FREE TYRUS BOOKS for YOU

Read more on the Tyrus Blog HERE
Posted by Jon The Crime Spree Guy at 6:02 PM No comments:

RUSH - Beyond the lighted stage

I'm at the age where looking back on my life I see some embarrassing moments, but I'm really not embarrassed by very many things I've done. because of that I find the expression guilty pleasures to be a false statement generally speaking. If you enjoy watching video of dolphins fornicating, that might be something worth feeling guilt over. Feeling any guilt over your preferences in music or movies r books is silly.

I just watched the documentary RUSH: BEYOND THE LIGHTED STAGE

which was the 4th album, it came out in 1976 and I was in seventh grade. The lyrics and music hit me someplace I've never been hit. It was music that defies genre other than Rock. Elements of prog rock,heavy metal, and later Jazz and reggea and even some hip hop and new wave are all a part of the whole that is this band. A power trio like none other.
I've seen the band play live at least 16 or 17 times, and it never gets old. I walk away from each show happy and fulfilled in a way few experiences can do. The energy of Rush is contagious. And the DVD shows this.


From the opening we are on the journey with the band, interviews with the Mothers, a trip to the middle school Geddy Lee and Alex Lifeson attended together. Home movies of Alex trying to convince his parents to let him drop out. And lots of live footage. I finally heard it from the horses moths why John Rutsey left the band when they started to break out. Neil Peart talking about joining the band was incredible. They discuss the lyrics, the music and the changes they have been through. This is broken down into different periods of the bands career and is fleshed out with short comments from famous rock stars like Trent Reznor, Billy Corrigan and others. Listening to the band talk about themselves, in a very candid and sometimes self depreciating way is refreshing. These are just regular guys with a lot of talent doing something they love. The whole thing ends on a high note after some tragedy.  The band shut down for a while when death hit Neil Peart's family. The final stage of his healing was getting back on the stage. 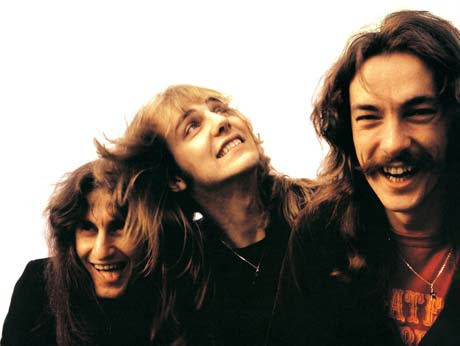 I have never been a fan of best of lists, i have trouble with them because I can never limit myself to what I would put on them. But I can safely say that any best band list I ever do would contain Rush, and any best of album list would contain at least one of their albums.
Being a Rush fan has never made me feel like a nerd or like I was uncool. If people give me a funny look when I mention my love of this band I just feel sad because they don't get it and that their life is some how missing something. No guilty pleasure here. I love these guys.
Now after watching RUSH: BEYOND THE LIGHTED STAGE

I respect them even more.
Posted by Jon The Crime Spree Guy at 11:39 PM No comments:

Dennis Lehane on The Late Show with Craig Ferguson.

Mr. Lehane made another appearance on The Late Show with Craig Ferguson. Check it out.

Bigger....Better...BACK!
The Midwest's ONLY readers' and writers' mystery, romantic suspense, thriller and dark fiction conference returns to Chicago Feb. 4-6, 2011 at the Intercontinental O'Hare Hotel in Rosemont.

I love gift shopping. I lean towards things I like to get like books and DVDs and Music.
Here's a few ideas for the upcoming craziness.

DEVO has a new album out, SOMETHING FOR EVERYBODY

is a great album and if you have Devo fans to shop for they will love this.

A new band we started listening to this year is a group called THE DODOS.

Cool sounds and not quite like everything else. We saw them on Letterman and bought DVD

s and Cds the next day. Love these guys.
New Gorrillaz

is also great and it features members of the Clash. I love there last two albums and there is something a bit special about Mick Jones joining them on this.
Looking for comics? There are a lot of great books to pick up, both for you and people you shop for. 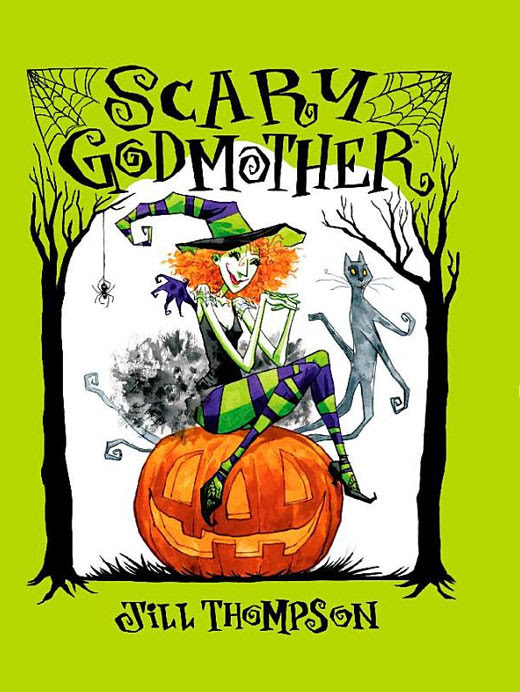 BEASTS OF BURDEN was one the best of the year. A beautiful hardcover by Evan Dorkin and Jill Thompson from Dark Horse Comics. Jill also has a collection of her Scary Godmother

in hardcover.
Like Victor Gischler? Like off the wall humor and violence? You NEED Deadpool. DEADPOOL THE MERC WITH THE MOUTH

is in hardcover (It's gorgeous). His latest novel, THE DEPUTY

is pretty damn great too.

with comic book covers by the awesome Adam Hughes.
Crime fiction comic readers on your list?

How about the Parker graphic novels from IDW? THE HUNTER

are both out in hardcovers and they are truly striking looking books and wonderful adaptations done with the full approval of Richard Stark (Donald Westlake).
VERTIGO CRIME has a nice selection of books for your graphic minded crime fiction readers.
A SICKNESS IN THE FAMILY

by Denise Mina is dark and disturbing and wonderful
THE EXECUTOR

by Jon Evans is a wonderful noirish tale of loss.
AREA 10

by Christos Gage has a wonderful twisted take on the serial killer detective tale.
THE CHILL

by Jason Starr has Starr outside his normal zone and it's a great ride.

FABLES is being re released in wonderful hardcover collections. FABLES DELUXE VOLUME 1

are both out now. This is one of the best comics series in YEARS. There is also a tie in novel by Bill Willingham - PETER AND MAX

Looking for something truly magic? How about one of the best comics series of the last 30 years  collected in omnibuses? Starman by James Robinson is still one of the best series a ever read. A reinvention of a classic 40's hero that both updates the character and shows the love for the original as Jack Knight takes over the hero biz from his Dad, reluctantly. great writing and great art. These are must own books!

And if you dig those covers by Tony Harris you need to check out Ex Machina, Book 4 (Deluxe Edition)

. It's another great series, this one written by Brian K Vaughen.
There is also a great DVD called SECRET ORIGIN THE STORY OF DC COMICS . Lots of fun footage and interviews showing the companies 75 year history.
Paul Levitz also has a great big book about DC's history.  75 YEARS OF DC COMICS

And the creme de le creme of gifts in comics this year has to be WEDNESDAY COMICS . It's a huge over size book with stories from Brian Azzarello, Neil Gaiman, Paul Pope, Kurt Busiek and many more. The art is amazing and this is really something for the whole family.

And don't forget  the new release from Archaia, RETURN OF THE DAPPER MEN

by Jim McCann and Janet Lee, a beautiful hardcover that has been called  "A steampunk fairytale" by USA Today and they are dead on right. It's a great book.
Looking for novels?
How about the new Tasha Alexander? DANGEROUS TO KNOW

is another in the Lady Emily series and it's great.
The new Dennis Lehane will be a hit with anyone, not just crime fiction readers. MOONLIGHT MILE

is a return to Lehane's series and of course, it rocks.
How about some Lee Child? Reacher makes Xmas more fun 61Hours

and WORTH DYING FOR

are the two latest.

And as far as I'm concerned you can never go wrong with F Paul Wilson. FATAL ERROR

puts us one book away from the end of the Repairman Jack Series. There are also two young adult books featuring Jack, JACK:SECRET HISTORIES

. And the classic THE KEEP

is always a great read.
Adventure done right thriller style means Steve Berry, and the latest is  THE EMPERORS TOMB

. This series is so damn good and is what Dan Brown wishes he could write. Love rock and roll? This book should be a MUST own. ROCK AND ROLL WILL SAVE YOUR SOUL

by Steve Almond. It's a book by a rock fan for rock fans and it's funny and if you love rock music you will identify with it immediately. 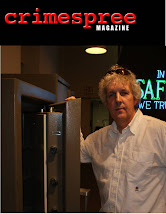 And you can always give a subscription to CRIMESPREE MAGAZINE!
Just shoot me an email for details
( Jon@crimespreemag.com)
SO happy shopping, hope this list helps!
Posted by Jon The Crime Spree Guy at 12:18 PM 2 comments: