We just completed our viewing pleasure at Casa Jordan. Season 3 of Veronica Mars has left the DVD player and the story of the teenage detective and the City of Neptune is now done for Jon and myself. And only now am I free to peruse the internet, look at the hype and the fan reflections.

I was not the typical Veronica viewer. I’m in my forties. I have grey hair & the middle aged middle. I viewed the program entirely with the DVD format (translation: as each season became available, my husband and I set aside a week to watch that season from beginning to end). I read books; a lot of books, and almost all of those books fall into the crimefiction category. And I have to agree with the fans who say it’s a shame that it’s gone. This 72 hours of television is amongst the most engaging of the first decade of the 21st century. From beginning to end. As a teen drama it’s far better than anything Brenda and Dylan offered my generation and at time superior to that other kick ass femme, Buffy.

From a reader’s point of view, my favorite season was certainly the first. The entire season played like a witty, contemporary P.I. novel. The P.I. was a high school junior whose entire life had been changed by the murder of her best friend. There were twists to the central crime aplenty. The clews lead in any manner of directions. And we all knew, as we watched, that Veronica Mars was going to get to the center of the story.
Along the way she did what she thought was right, what her teenage heart led her to do, and what the plot dictated.

The second season was in many ways stronger on an episodic level. The good, the bad and the ugly showing up in each chapter. The main “mystery” of the season, who killed Veronica’s classmates, took a back seat to the weekly play. Veronica’s relationships with her friends, classmates, clients, and father were explored more deeply. Recovering from Lily’s death was a shared experience, and the complications from the first year’s plot were allowed airtime while Veronica dealt with the knowledge that she was inherently good at her job and it was something she wanted to do with her life. At times she fought it, at times her Dad fought it and at times it even seemed as if she, her father, and we, the viewing audience might be mistaken about her. Perhaps this wasn’t Veronica’s calling after all. Still, as a reader I was a little disappointed. Much in the same way I was disappointed when Murder One decided to split season 2 into different story arcs. But I know I’m in the minority on this one.

Season 3 was snappy and well written on almost all levels. All of our favorite characters showed their “fatal flaws”. Keith Mars detecting radar failed him in the very first episode and he caused a death. He allowed his emotions to overcome his “moral code”. Logan Eccles continued to struggle with his heritage. In the end losing the girl despite their love. A surface of Logan appeared just after mid season. The charming knight that came to the fore in seasons one and two was on display. But underneath….. Veronica became more defined. Stubborn, obstinate, making unpopular plays because they were “right”. Asking her friends to do things she knew could hurt them (What was Eli thinking?). With all the audacity of smart college freshman, she knew that her way was the right way, even when it wasn’t. There were new characters (Pez, Parker, Dean O’Dell). Unlike the first two seasons, there were flaws in the individual cases. I’m still not satisfied with the conclusion of the rape story, the timeline still doesn’t work for me. It’s as if the editor forgot to tell the writer to outline. The Dean O’Dell story works but any reader of mysteries knew who done it as soon as the means was revealed. And yes I’m that snotty. I expect a smart show to remain smart on all levels. I’ll suspend my disbelief enough to cheer on the girl who keeps stumbling across major violence in a safe community but don’t give me a lazy mystery plot, dammit.

There were other pesky flaws. The dangling Fitzgerald plot seemed unnecessary except for jump-starting some of the minor sub-plots. And I’m sorry, we all know that Vinny is the sleazy P.I. but at the warehouse?
“Vinny wouldn’t do this.” I proclaimed. I was right.. that time. But the whole Sheriff race angle, he wouldn’t have done that either. And yet he did. Mac was a brilliant misstep during season three. After season 2 it was nice to see her overcome and share light hearted moments. She came into her own on a lot of fronts. But Mac as the girl who “gets the groove on”. Kinda weird. A lotta weird. The redeeming of Wallace was a good thing, not that he needed much. After a rather strange storyline in season 2 it was enjoyable to see him make the right choice time after time. He was and is a great best friend.

Perhaps my favorite surprise in the whole season was Dick Cassevettes. I didn’t see his struggle coming and of all the characters on the show it’s his development I’ll miss seeing. More so than Logan’s and Veronica’s.

Which brings me to the end of the series. I’m giving it a B+. I have a feeling that the whole “Castle” storyline was intended to go longer. But because of or despite the cancellation of the show it was a shining example of what Veronica Mars, the “teen cult favorite” was capable of doing. Wallace figuring out what was going on with the sex tape and agreeing to go in harms way so his friend could get the answers she needed was entirely in character and brought us back to the first few episodes of season one. Logan’s rage coming to the surface brought shudders, reminding me of “dear old Dad”. The possible ramifications of his last fight (given the bit of back story we were given) and his apology to Pez assured that this is a character I wish I could see more of no matter what is going on in his love life. Keith Mars making the ultimate sacrifice for his daughter is as it should be. Mac working with the Super Computer to get Veronica the blackmail material she needs and the answers she wants? Let’s just say “Girl Power Activate.”
But the true end is Veronica. A gutsy and smart teenage girl. Getting to the bottom of it, damned the consequences. And if she made a mistake by not taking Dad’s phone call? It was because she thought she could fix it. She almost did. Some things are beyond the capabilities of any one person to fix and when you cross that line of Moral ambiguity, not to mention indulging in petty theft… sometimes there are repercussions. If you’re Veronica Mars you take them as a life lesson, allow yourself to process, and know that somehow the future will come, no matter what’s going on now. Dad will always be there for you and you’ll always be there for him.
It’s the note the viewers came in on and it’s a fine one to leave Neptune on. So thank you to all involved with the production of this teleplay, you engaged a forty something for seventy two hours that she’s very glad she gave up.

Ruth Jordan
Posted by Jon The Crime Spree Guy at 11:35 AM 3 comments: Links to this post

Well, Anchorage has done their job and done it well. Bouchecon 2007 is part of B-Con history.
Which means Baltimore is next.

This past weekend we sat down and started laying out some ideas and plans. To that end I have a couple questions for anyone reading this.

What was the best panel at a convention you ever saw?

What panel was the most fun?

What panels are the most over done?

Thanks for your input!

Jon
Posted by Jon The Crime Spree Guy at 8:10 AM 3 comments: Links to this post

A new Update on the Bouchercon Baltimore Blog. Notes on Alaska today.


There will be regular updates now at least weekly heading into Baltimore's time in the spotlight. Keep checking it! 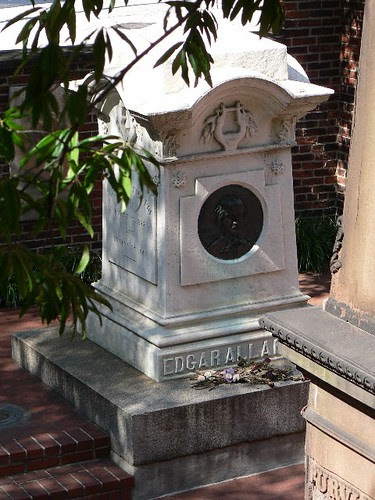 Bouchercon Baltimore Blog
Posted by ruth the crimespree gal at 12:27 PM 2 comments: Links to this post

It's that time of year when you regular folks with cable are enjoying a new season of what ever shows yo like. Not having cable I'm watching VD sets of last year's seasons.

The Unit Season two. Another great show, i bit improved over season 1 with a great cliff hanger.

Numbers Season 3. I like this show, but compared to a lot of crime drama it seems a bit tame, in a good way. Kind of the Diagnosis Murder of our generation. Solid acting, though some of the stuff bugs me. FBI Agents, even hot women, don't wear tops that show their tummy.

My Name Is Earl season 2. Love this show a lot. Jason Lee is great and the rest of the cast is a hoot.

next up, Criminal Minds Season 2
Posted by Jon The Crime Spree Guy at 12:32 AM 1 comment: Links to this post

Not going to happen again

So...
This year I spent Bouchercon at home. My wife and sister and mother all went to Alaska, I stayed home and worked watched tv and walked around the apartment alot.

I missed Ruth a lot. And I also missed the fun of exploring a new city with her, having breakfast out with her every morning, and getting back to the hotel roomlate at night and talking about our days. But most of all I missed Ruth.

jon
Posted by Jon The Crime Spree Guy at 2:23 AM 4 comments: Links to this post