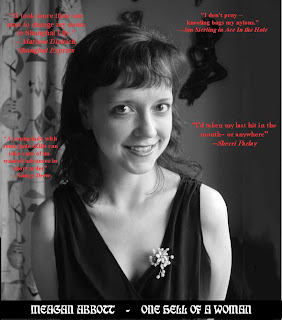 Issue 22 of crimespree has been delivered to the mailing service and will be on it's way. Our cover story this time out is Megan Abbott. She talks about writing and her new Anthology HELL OF A WOMAN.

Also in this issue:

Murder and Mayhem in Muskego in pictures

Authors in the Bush by L.C. Hayden

Linda Richards on her latest

Eye On Hollywood with Jeremy Lynch

Daughters of Juarez by Ruth Jordan

Where Ideas Come From by Gabriel Cohen

Cooking with Crimespree – A recipe from Martyn Waites

If you subscribe now you can still get this latest issue.
Posted by Jon The Crime Spree Guy at 1:52 PM