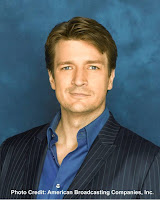 A CONVERSATION WITH
RICHARD CASTLE
AUTHOR OF HEAT WAVE


HYPERION BOOKS: Your last book was pretty controversial. I don’t think I’m giving away any spoilers here since this made newspaper headlines all across the country: You decided to kill off your most beloved character, Derrick Storm. A lot of your fans were outraged. What was the rationale behind killing off your main character? Was this something you’d planned since the start of the Storm series? Was it an emotional decision for you?

RICHARD CASTLE: I think the reason Derrick Storm is so beloved is that he lived the life we all wish for…danger, romance, adventure. And I loved writing him, but after so many books, I ended up knowing him too well. There were no more surprises for me. So rather than inflicting on him the slow death of literary mediocrity, I gave him the ending he deserved. Derrick went out in true Derrick Storm style, a man at the top of his game. It was obviously emotional to let go of him and he’s still very much a part of me. A handsome, charming, roguish part of me. But I know for a fact that he’d be a big fan of Nikki Heat and HEAT WAVE – particularly Nikki’s pose on the cover. Who wouldn’t be?

HB: Your new book features a female main character, NYPD detective Nikki Heat. Rumor has it that she’s based on the real-life NYPD homicide detective Kate Beckett. In fact, you arranged for a series of official civilian ride-alongs with Beckett over the past few months to observe how she works and what goes into a real murder investigation. Were you surprised at all by anything you saw on your ride-alongs? What was your most eye-opening experience?

RC: My time with Detective Beckett and the other detectives in the 12th precinct has been very informative. For instance, I never knew how bad coffee could taste until I tried theirs. My admiration for the work police officers do has only grown from the experience, because I had no idea they were doing it while drinking such bad coffee.

As for the most eye-opening experience, rather than give away anything that ended up in the book, I’ll simply say that being shot at is not as much fun as it looks in Tom Cruise movies.

HB: You originally met Detective Beckett when you were asked by the NYPD to consult on one of their cases, a series of copycat murders based on the murders in several of your novels, a series of murders that you were actually instrumental in helping to solve. As a writer, how did it affect you to have the line between imagination and reality blurred like that?

RC: Well, besides the fact that the killer focused on my truly lesser works, I was glad to be a part of the investigation. Ultimately, Detective Beckett was able to clear the name of a true fan, a man whom the killer set up to take the fall.

It was a fascinating case, and yet another example of how life can be stranger than fiction. In fact, if I’d written that story myself, everyone would accuse me of being self-aggrandizing. And, clearly, I’d never want to do that…


HB: Has Detective Beckett read the manuscript for HEAT WAVE? If so, what was
her response?

RC: I haven’t had a chance to show Beckett the manuscript yet but I’m looking forward to hearing her thoughts. Hopefully it’ll live up to the high standards of thorough police work and professionalism that she’s established. As well as being, obviously, a sexy, exciting murder mystery with chills and thrills on every page.

HB: As a single dad, did your exposure to the reality of everyday violence make you worry more about raising your daughter in New York City? Did you ever discuss what you saw with her after your ride-alongs?

RC: I worry less about Alexis growing up in New York City than I do about her growing up with me. After all, given my line of work, our dinner table conversation usually centers around plot twists like whether a self-cleaning oven could incinerate a body. I do discuss cases with her sometimes, but I usually leave out the gory details.

Although she’s still my little girl, she’s a native New Yorker and has a great head on her shoulders – I can only be thankful that she is far wiser than I was at her age.

HB: In your new book, HEAT WAVE, Detective Nikki Heat also has a ride-along civilian, journalist Jameson Rook. He is a bit of a smart-ass. How much of his personality is based on the real Rick Castle? (And are you really that much of a loveable smart-ass?)

RC: Rook? Castle? Absolutely no connection. Rook’s pretty cool though. I mean, the guy’s got a Pulitzer Prize! Plus, he’s so brilliant and handsome. Well, now that you mention it, maybe I did base him on someone…

As to whether I’m a lovable smart-ass, it depends on who you ask. My daughter thinks I’m lovable and smart. My exes just think I’m an ass.

RC: Actually, I wanted to be a lion tamer or the ice cream man. How cool would that be? Driving a funky truck and ringing a bell. Bringing joy and happiness to millions of kids. I like to think of my books as little ice cream bars for my audience. That’s why the covers are so colorful.

HB: The sense of place in your novels is powerful; the city of New York City comes
across almost like a character. What kind of relationship do you have to New York
City and how does that influence your writing?

RC: I love New York because it has all the contradictions of a truly fascinating
protagonist. Amazing wealth and utter poverty, noble intentions and terrible greed, young love and age-old hatred living side by side. Plus, there’s a beautiful woman on every street corner in this city. What more can a writer ask for?

HB: Will we be seeing more of Nikki Heat in future books?

RC: That’s up to the readers of America. I can only hope they’ll enjoy reading Nikki as much as I’ve enjoyed writing her.

Thanks for posting this. Didn't know "Castle" did interviews. I've written about last night's episode on my blog, too. http://scottdparker.blogspot.com/2009/09/castle-season-premiere-recap.html

I loved the book, and the show, keep the books coming. I look forward to Monday nights to watch Castle. Thanks for a good show and a great book.

He killed a man with a secret in his medicine cabinet, that last Generic Cialis pill he couldn't take. I wonder how long will it be before Storm has the same ending

I heard that after killing Derrick off, Richard entered a really bad state of depression and started to use Cialis to overcome his depression, I don't know how true this is.

heat Wave was the first book I've read of Richard Castle's I was very thrilled when reading it as it had a low dose of vulgar language in it.I was about to stop reading when I came upon this book many of the authors I love seem to think that all the expletives are necessary but in reality there are truly other weres to describe any and all situations that it is not even funny.I will be now looking into the Storm series can't wait.Keep up the work Mr Castle I believe you are truly a writing artist!