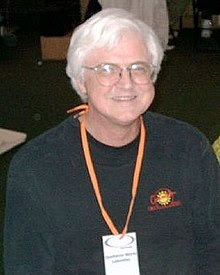 Jon: Rick, I’ve been a fan of your work going back to the days at National Lampoon. Over the years you’ve worked done work in a lot of places for a lot of people. Do you have any favorites?

Rick Geary: To one degree or another, I've enjoyed every project I've worked on, but I have to say that the series of Victorian and 20th Century murder cases has given me the most sustained and deepest satisfaction.

Jon: Your latest books from ComicLit are true crime of some pretty famous cases. I love the Treasury of Victorian Murder books, what made you decide to do these?

RG: Actually, the idea to start a series came from the publisher Terry Nantier at NBM. This was about 1986, and I'd already done several shorter pieces for different anthologies, dealing with crimes of the Victorian era. The initial volume I did for him, called "A Treasury of Victorian Murder," told the stories of three famous cases. After that, it took a while to get the series going: "Jack the Ripper" didn't come out till 1995.

Jon: How much time do you spend researching the cases?

RG: Now that I'm on a schedule of bringing out one of these volumes per year, I give myself about six months for all the reading and research before I start writing a script. Of course I still seek out new information all the way through to the final inking. For the book I'm working on currently, "The Axe-Man of New Orleans," I was almost finished with the pencils when I came across several newspapers from the period with photos and facts that made it necessary to redraw several pages.

Jon: I’ve noticed that if the case is unsolved that you offer a number of possible solutions, but you don’t offer up a definitive one, do you have opinions on the cases that you leave out of the books?

RG: My favorite cases are the unsolved ones, because I love mysteries. The solutions are invariably disappointing. For these cases, I try to lay out all the competing theories that are out there, and give them more or less equal weight. If I have a favorite theory of my own, I try not to let it show.

Jon: I’m curious, going over the list of books in the series you’ve chosen some very interesting cases. In particular I really enjoyed THE FATAL BULLET, the Garfield assassination seems to be one nobody talks about. How do you pick which cases to write (and draw) ?

RG: Choosing a subject to tackle next is never a problem. As a true crime aficionado of about 30 years I have a long list of great cases to draw upon. I submit to the publisher a short list, and he chooses the one to do. Usually it's one that involves a famous person or two. The Garfield assassination was a story that had long interested me, because all its elements seem to have their echoes in more recent crimes.

Jon: Do you ever start with a subject and discover that there is not enough information to do a whole book?

RG: For the more famous cases I adapt there is almost too much information available, and the process is one of winnowing down. But with a couple of projects it seemed like there wouldn't be enough to fill an 80-page book. For instance, the book I'm working on now, about the Axe-Man of New Orleans, seemed at first like a sure-fire subject, but I discovered that there's very little out there about that string of murders. No one has written an authoritative book about them, so I had to cobble together my account from shorter pieces in longer anthology books, as well as from newspaper archives and online sources. My earlier book about the Bloody Benders was similarly daunting, although there was somewhat more published material about them. In these cases I have more freedom in the visuals, and I can fill out the book with whole-page illustrations and double-page spreads.

Jon: Are there any other cases you have your eye on for later books?

RG: There are several cases from the early 20th century that I'd love to tackle. First among them is the 1906 murder of the architect Stanford White, on the roof of Madison Square Garden, by the Pittsburgh millionaire Harry Thaw, whose wife, the notorious beauty Evelyn Nesbitt, had supposedly been "debauched" by White. The 1920's were an especially juicy period for sensational cases, including the Leopold and Loeb "thrill" killing in Chicago, and the still-unsolved Hall-Mills case of New Brunswick, New Jersey. This last involves a minister and a choir singer, both married to others, who were found murdered on a local lovers' lane, their love letters strewn about them.


Jon: Aside from true crime what do you like to read?

RG: I'm a voracious reader of fiction of all kinds, especially mysteries. I also love biographies and history. I lean these days toward Russian history, inspired perhaps by my recent work on a Graphic Biography of Leon Trotsky.

Jon: And to wrap this all up, if you could talk to a Rick of 14 years old, what advice or words of wisdom would you give him, and would he listen?

RG: The Rick of age 14 loved to draw, but I don't think he had any conception of making a living as an artist. I would tell him that, yes, it's possible if you keep drawing, and don't get sidetracked into other occupations.

this interview originally ran in Crimespree 32
Posted by Jon The Crime Spree Guy at 10:36 PM

I believe I saw him at a convention a few years ago and he was taking a pill, to this day I swear it looked like a Generic Cialis I would bet almost anything

"Victorian and 20th Century murder cases has given me the most sustained and deepest satisfaction." Not as much satisfaction as when you Buy Viagra I know that for sure Rick.