Rick Riordan is on tour with his latset book, the second in his young adult series featuring Percy Jackson. The book is called THE SEA OF MONSTERS and it is a follow up to last years THE LIGHTENING THIEF. Three more are planned for the series and a script is being written fo a major studio film by the sripter from Shrek. The books are amzing and grand fun. 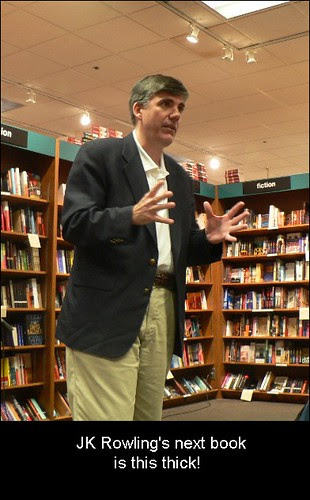 Fans of the Tres Navarre series need not despair, the next Tres book should be out next spring. 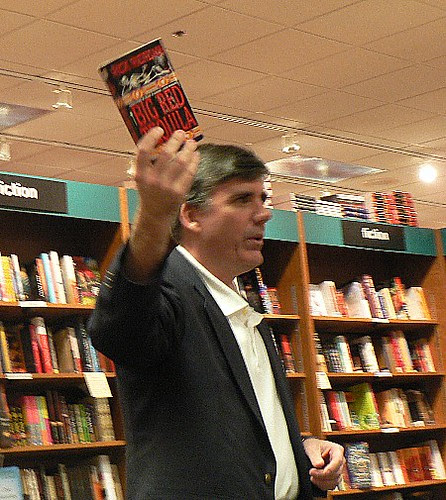 I am so happy to see things really going well for Rick, he's a hell of a nice guy and a hell of a writer. At tonights event he had both kids and adults eating out of his hands. It's a great presentation that gets the young and old interested. Rick really is right at home telling stories. 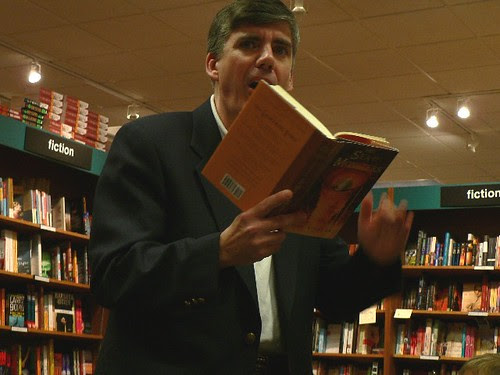 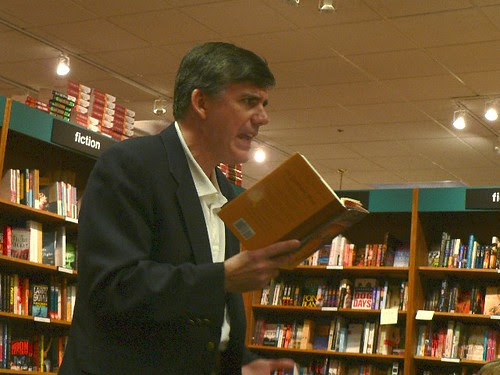 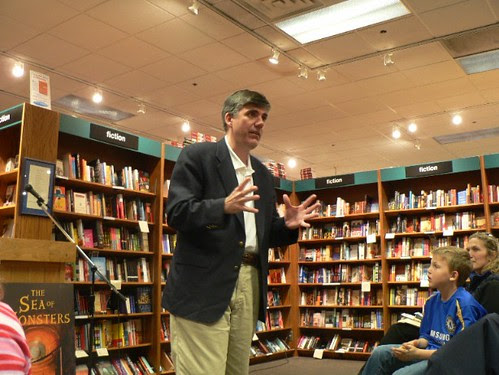 THE SEA OF MONSTERS!!